My next Musa book comes out on November 9. This time it’s a Regency novella. I tried writing a novella for a change because it is a long time between my Regency novel releases, and this way I hoped my readers would see I was not neglecting them. (It is also a trial run for a series of novellas, one of which is almost finished, about a Regency couple who investigate small crimes amongst the ton—the sort of petty crimes that members of the ton would prefer to keep under wraps).

The November 9 release is called Captive wherein a somewhat witless Regency miss captures a man as a prize for her unmarried sister. Mayhem ensues when her sister realises that their prisoner is none other than their father’s arch enemy. I do not yet have a cover for Captive, but I’m posting my other Musa book covers below. 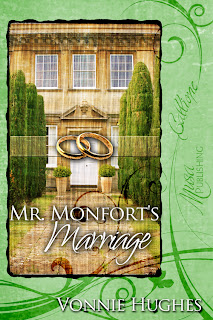 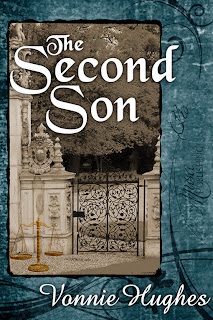 GETTING ON WITH ITWHEN THE MUSE DRIES UP

For weeks now I’ve been pushing, pushing to get some words on paper. Any words. My brain is weary of Regencies and romantic suspense novels. It needs grist for the mill. So…solutions:

Do a refresher course of some sort, something to get the juices flowing. Uh huh, did that and it sure wasn’t worth the money I paid for it. There are so many of those courses out there in the ether that liken writing to growing parsley, or knitting sweaters, or climbing a mountain (close) but what makes these authors burn to redistribute the English language? They come up with phrases and words like trisituational which loosely translated means three story threads; or irreconcilable dichotomy (!), in other words your conflicts both internal and external are at such odds to each other that you’ve painted yourself into a corner because the conflict can’t be solved. So why don’t these seminar instructors use plain English? To justify their existence, I guess. And because they can make money out of webinars and writing how-to books for already confused writers.
Another favorite solution for those of us at the cross-roads is to plot, plot, plot and stop flying by the seat of our pants. Uh huh. Well, like many writers, if I plot my book into oblivion where’s the point in writing it? Been there, done that. Of course we need story outlines and basic plotlines for the various characters. But I find that after planning some characterisation, the plot tends to take care of itself. In fact my two ‘best’ books wrote themselves. But I can’t hang around waiting for that to happen. Hey, it might never happen again! Nose to the grindstone.
Read, read, read, particularly in other genres. Yes. Definitely. And when I’m stuck, stuck, stuck, I’d rather read than write. However that could go on for weeks, months, years…
There is no writer’s block. Nora assures us this is so and she should know. Don’t think I have such a thing anyway. Several plotlines are still weaving around in brain. Just can’t force myself to finish the Regency novella and romantic suspense I’ve almost finished and then jump into one of those ideas. I’m bored, bored, bored with my current books but my anal retentive behavior tells me to finish those books before starting something else.
The real reason for my procrastination. Marketing. There’s so much of it to be done that it takes all the fun out of writing, because most of that ‘marketing’ involves writing of a sort, just not the fun, real writing. We ignore marketing at our peril, so we are told. (But note there is nothing definitive ever been produced that can prove a case-by-case point). Only those writers at the top of the tree can afford to pay publicists or simply ignore the ‘M’ word. Since the advent of Facebook, Twitter, Tumblr and blogs, I sometimes wonder what it would be like to gain such a good income from my writing that I could afford to employ someone to do all this stuff. Dream on, Vonnie. Okay, whinge over!
Anybody else out there in this bind, where they spend as much time marketing as they do writing and have lost their impetus? Anyone got any solutions? Leave a comment and not only will you go in the draw to win a Kindle Fire (if you’re in USA or Canada, but international winners will receive a $50 Musa gift card). The most humorous reply wins a paperback copy of Mr. Monfort’s Marriage which I’m happy to post anywhere in the world.

www.vonniehughes.com
http://www.facebook.com/VonnieJHughes
http://www.goodreads.com/user/show/5605111-vonnie-hugheshttp://www.amazon.com/s/ref=nb_sb_noss?url=search-alias%3Dstripbooks&field-keywords=Vonnie+Hughes&x=18&y=20
http://www.linkytools.com/basic_linky_include.aspx?id=162666
(The above should lead you to the next blog on the list to give you further chances to WIN)
Posted by Vonnie at 7:16 PM 28 comments:

I'm on the Musa blogsite talking about my ten favorite book characters. Of course this is one of the most subjective topics on earth. See if you agree with any of them:
http://musapublishing.blogspot.com.au/2012/09/my-ten-favorite-book-characters.html
Enjoy!
Posted by Vonnie at 6:29 AM No comments: