Here are a couple more images of places in my Robt Hale Ltd book 'Coming Home.' The first is the hill above Oporto (Porto) where the English/Portuguese heroine, Juliana, walked in her attempt to book a berth on a ship sailing for England. The Douro River flows down to the sea and Juliana walked beside the river for part of the way.

I saw the Douro five years ago and let me tell you, it is a very impressive river, no mere trickle in spite of the arid inland of Portugal.

The second image is the docklands of Porto, still unchanged today. This is where Colly booked them a passage together and where they sailed from.

And finally, here is an image of the very last sight of the land of Portugal that Juliana saw as they sailed to Portsmouth.  All immigrants the world over will empathize with Juliana's emotions as the land faded into the distance.
Posted by Vonnie at 10:21 AM 2 comments:

Trying to sell a hardback when everyone else is downloading great stories for $5.99 is hard going. Coming Home is still struggling along, selling a few here and there. It is by far my favourite of the books I've written so far, because it is deep and not all the impressions you get are up front. Some you have to delve for. I enjoy books like that myself so that is the way I wrote Coming Home.

I thought you might like to see a couple of images of the places the hero and heroine, Colly (short for Colwyn) and Juliana go through on their journey 'home.'

The book begins in Porto, (Oporto) Portugal and ends in Dorset.

Here are a couple of images of the landscape Colly and Juliana travel through before they get on board the ship bound for England.

The arid one depicts the typical arid surroundings where the Peninsular Armies, both the Allies and the French, sweltered and persevered for six years. Colly and his friend John Trewbridge who appears in my book The Second Son, soon to be published by Aurora were only two of many thousands of men who were subjected to an unfriendly, parched land far from home.

The second picture is the route Juliana took home from her work at the hospital each day when the heat of the day had gone and dusk was settling. She walked through the brick roads from the centre of Porto out to the cooler district where she stayed in a guest house suitable for young ladies. Rather than live near the hospital, she wisely chose to escape the smell and the fear and decided to live as far away as possible from Sao Nazaire.

Now I hope that tempts you to dip into the book!
Posted by Vonnie at 2:25 PM No comments: 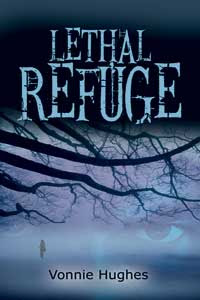 I got the cover today for my e-book with The Wild Rose Press which will come out shortly.

Now the cover artist, Kimberlee Mendoza, created EXACTLY what I wanted. I didn't want any clinches with the clinchees in various stages of undress; and I wanted the cover to engender fear and suspense.

Okay, I've looked into why a perfectly good post disappeared off my blogsite. There were about nine replies to it, which makes it even more irritating. And in spite of all the explanations, there isn't one that stands up.

WHAT DID YOU DO WITH MY POST ABOUT THE NEW ZEALAND SETTING FOR MY BOOK COMING OUT WITH THE WILD ROSE PRESS OH BLOGGER?

Did you get the feeling I'm exasperated?
Posted by Vonnie at 2:51 PM No comments: