Continuing with the breakdown of the various thriller/crime genres, this month I’ll cover police procedurals/crime novels. This also includes private investigator novels.
As well, many crime novels often have as their protagonist an innocent bystander or curious amateur sleuth who may happen upon a crime or are affected by it, so resolve to investigate i.e. they may have a vested interest in solving the crime. In Judith McNaught’s Someone to Watch Over Me, the ‘hero’ (at first perceived as an anti-hero which is not uncommon in this type of novel), has two main incentives to solve Leigh’s husband’s murder. First, he is suspected of committing the murder and second, he wants Leigh to be able to resolve her issues with the dead husband because he’s waited many, many years to move in on Leigh.

There are many, many private investigator novels available. Many have their roots in Raymond Chandler’s character, Philip Marlowe. (In turn, Raymond Chandler was influenced by Sam Spade created by Dashiel Hammett. Humphrey Bogart was the quintessential Sam Spade, of course). Marlowe was a hardboiled, hard-drinking private eye who was philosophical beneath the surface. And there is Mike Hammer by Mickey Spillane. You can guarantee that at some stage a blonde will stroll into Hammer’s office looking for trouble.

The birth of private investigators in novels began with Sherlock Holmes by Arthur Conan Doyle. Agatha Christie’s Poirot took up the banner and then many writers ran with it, writers such as Rex Stout’s Nero Wolfe and Sara Paretsky’s V.I. Warshawski.

Police procedurals (the more modern ones at any rate), often open up for the reader a bird’s eye view of how the police solve crimes. Some, of course, veer well away from fact, but most are carefully researched such as the Michael Connolly books featuring Harry Bosch, Elizabeth George’s Inspector Lynley, an English lord with a penchant for police work, Tess Gerritsen’s Rizzoli and Isles and P.D. James’ Adam Dalgleish. Police procedurals usually stray into the psyche and lives of the police personnel involved, and that is what I find so fascinating. I enjoy the way some authors are able to set out how an investigator’s private life affects his professional life. A great example is Face of a Killer by Robin Burcell where the anniversary of the father’s death by a killer plays havoc with the Sydney Fitzpatrick’s head. She is a forensic artist for the FBI, just as Robin was. So of course Robin’s experience lends an authentic ring to her writing. She also writes the Kate Gillespie police procedurals. 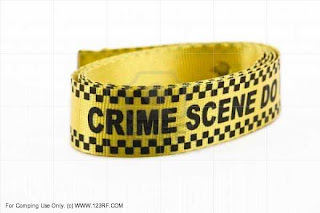 So who are your favourite sleuths? Why? Next week we’ll take a look at cozies and mysteries.