Speculative Fiction & Behind the scenes of publishing

Let me draw your attention to two very different blog posts.  One is about speculative fiction. If, like me, you wondered what 'speculative fiction' means, have a look at Matt Teal's blog at http://penumbraezine.blogspot.com/2011/09/what-is-spec-fic.html


It seems speculative fiction is a very wide field which is good for the many writers who straddle two or three genres.

And here's a worker bee behind the scenes of a new publishing house (well, the company is new but the directors and workers are all very experienced)


Something a bit different for everyone to chew on.http://musapublishing.blogspot.com/2011/09/hey-cool-whats-that-like.html
Posted by Vonnie at 2:45 PM No comments:

On 1 October I'll be posting a lot more about this company, but since it doesn't 'officially' open till then, I'm just going to post its logo to whet your appetite.

Oh, and I forgot to say: 5 days and counting till THE date. Have a look at musapublishing.blogspot.
Posted by Vonnie at 8:17 PM 3 comments:

Never Rains But It Pours 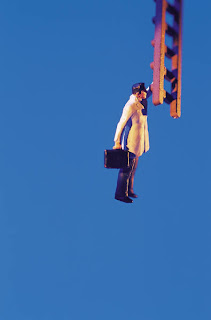 Then suddenly we end up submitting to just the right publisher and we're accepted.  At last our existence, our years of tap, tap, tapping at midnight, our pretense that we never heard the phone or the kids creating mayhem is finally justified. And for a short time we get to walk on air or drink a bottle of bubbly or whatever our pleasure is. Then we usually stop and think, "Huh. Now I have to submit to a publisher's every whim. I'm going to edit and edit and edit, put up with covers that make my stomach turn and send ridiculous PR photos out into the world." Sometimes being accepted is every bit as terrifying as being rejected.

Then once in a blue moon it hails acceptances.

Okay, so I've had a couple or so acceptances recently. And guess what - the whole boiling lot of them want to publish me within a six week period! Uh huh. That's not terrifying, that's mind-blowing. The work involved in a chunk of edits plus the embarrassing marketing "Love me! Buy my book! Buy my next book!" drama can only be described as horrendous.

In the week before Christmas, Musa Publishing will e-publish "THE SECOND SON," under their Clio Historical banner. THE SECOND SON is a Regency which is the prequel to my hardback published with Robert Hale Ltd called "COMING HOME." BUT to complicate the issue, last month I was contacted by Robert Hale who are entering the scary e-publishing arena and will publish COMING HOME as an e-book. And they want to do that in the first week of January 2012. You're confused? Imagine how confused I am.

Then The Wild Rose Press have come up with a publishing date for LETHAL REFUGE as a paperback. You guessed it - it's on 13 January 2012. And just for good measure, in the last week of January the new Musa Publishing will publish another Regency of mine, MR. MONFORT'S MARRIAGE under the Aurora Regency label. More about Musa in another blogpost. But let me tell you, there is an efficient, hungry publishing house.

And as a family we have two birthdays in the second week of January.

So Christmas might be offsite this year. Alcoholic? Probably. Well organized? Not likely. Gotta book a restaurant NOW.
Posted by Vonnie at 3:51 PM 26 comments: